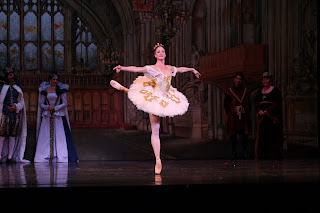 
The spring gala season for the A.V.A. Ballet Theatre opens with the classic fairytale Cinderella on March 29th and 30th, 2008 at the Pioneer Center for the Performing Arts. The Reno Philharmonic Orchestra will perform the magnificent score to this wonderful ballet. Re-staged and re-choreographed by Alexander Van Alstyne, Cinderella is the captivating story of the hopes of a lowly maid, the love of a prince and the magic of a simple wand set to Prokosiev’s enchanting score. This classic fairytale is filled with mesmerizing dance, romance, and comedy and is fun for the entire family.

Kate Crews from Salt Lake City’s Ballet West will star as Cinderella and the large cast includes many talented dancers from four different ballet studios in the Reno area.

The Saturday March 29th performance will be held at 8pm and the Sunday March 30th performance will be at 2pm. Ticket prices for adults are from $26 to $51. Ticket prices for children 12 and under and seniors 65 and older are from $21 to $41. For tickets call the Pioneer Center at 877-840-0457 or on-line at pioneercenter.com. Box office hours are Monday through Friday 11am to 6pm.

A.V.A. Ballet Theatre is the resident ballet company of the Pioneer Center for the Performing Arts. They are northern Nevada's largest company under the instruction of a professional faculty with years of performing experience in renowned metropolitan ballet and production companies across the United States and Europe.
Posted by Duckingham at 10:32 AM No comments:

It’s Christmas time. In a world filled with Tchaikovsky’s magical “The Nutcracker Ballet,” it’s wonderful to have a hometown “Nutcracker” as enchanting as the one being presented by the A.V.A. Ballet Theatre in collaboration with the Reno Philharmonic. A large, near capacity audience cheered this year’s “Nutcracker,” when it opened Friday night (12/14/07) at Reno’s Pioneer Center for the Performing Arts. Credit must go to choreographer and A.V.A. artistic director Alexander Van Alstyne and co-director Miriam Allen for gluing together a lavish production that has all the elements of the classic “Nutcracker” presentations found in America’s larger metropolitan centers. Only a grinch would point out a few choices that would make this seasonal show even better. Money and time are not in abundance for most ballet companies, and that is certainly true for a company in Northern Nevada. Resources make a difference in what artistic directors can produce.That having been said, “The Nutcracker” works best when Clara looks like a pre-teen girl and her Nutcracker Prince no more than an early-teen boy, not a young woman and young man - even good looking ones. At 17, Jessica Evans is a lovely Clara and an exceptional dancing talent. If Judy Garland can play Dorothy in “The Wizard of Oz” at 17, why not Evans as Clara? She’s here and she’s excellent, so why not? Excellent, too, is Peter Brandenhoff, who’s a dashing Nutcracker Prince. There comes a time when child stars, no matter how gifted, must move up to ingénue and matinee idol roles. Precision, if one demands a more absolute precision, comes with time and only money buys time. From principals to the corps de ballet the production is in fine fettle and so close to an absolute-in-precision bar, it’s nitpicking to ask for more. It’s a compliment to this year’s A.V.A. “Nutcracker” that it’s so good, the very best is within grasp. The Reno Philharmonic’s 41-piece ballet orchestra is in grand shape. Barry Jekowsky conducts. He knows how to elicit a full-bodied sound from a smallish ensemble crammed into the smallish Pioneer Center orchestra pit. Conducting ballet is an art unto itself and for the most part Jekowsky is good at it. Dancers need to see a conductor’s eyes for the assurance and communication that leads to transcendent performances. In ballet, maestros (including Jekowsky), need to be more in sync with the needs of dancers and less involved with prompting from the score. Snow Queen and King, Mayo Sugano and David Fonnegra are an elegant pair. Sugar Plumb Fairy Lauren Main de Lucia and Sugar Plum Cavalier Jekyns Pelaez are solid dancers who bring a virtuosity to “Nutcracker’s” grand pas de deux that dazzles as it must, when it must. William Pizzuto is a Dosselmeyer of warmth, who – thankfully – doesn’t chew scenery holding his own doing magic with a bunch of cute kids. (Thank God, there are no dogs!) Kelly McCafferty-Rubero and Michael Heredia are standouts as Mechanical Doll and Mechanical Toy Soldier. Standouts, too, are the company’s Snowflakes corps de ballet and a host of dancers dancing Tchaikovsky’s exotic vignettes as Spanish, Arabian (a lithe Nicole Shutt), Merlitons, Chinese, Russian (a terrific use of athletic young male tumblers who come close to stealing the show), crowd-pleaser Mother Ginger, and Flowers who waltz. Next in-the-stroke-of-genius department is the brilliant management of children: delightful party girls, fun-loving boys, charming mice, daring riflemen, darling Ginger Girls, and a bevy of angelic angels. Designing the costumes, sets, and lighting, jack-of-all-trades Van Alstyne is the host with the most for this delightful “Nutcracker.” Bravo to all involved for this exciting adventure into Yuletide dance and music. Other than an opening evening curtain at 7 p.m., rather than 8 p.m., to accommodate families with youngsters, who could ask for more? The A.V.A. Ballet Theatre and Reno Philharmonic’s “The Nutcracker Ballet” can be seen Friday, December 14 and Saturday, December 15 at 8 p.m. and Sunday, December 16 (2007) at 2 p.m. For information about tickets and other A.V.A., Ballet Theatre events call 775-686-6600 or 775-762-5165.
Posted by Duckingham at 10:27 AM No comments: